Sprovieri is delighted to present Due ritratti con persona, the second solo show at the gallery of Italian artist Francesco Arena. The exhibition is centred around Two portraits with person (between Franco and Francesco), the first work of a new series by the artist, which deals with two of the most recurring themes of Arena's practice, portrait and time.

On a white bronze sculpture, which functions as a stool, a 33 year-old person sits. 33 is the age difference between the artist and his father and therefore, the work becomes a portrait of the artist and his father which finds representation through the performer. The performer must be 33 years old until both the subjects of the portrait – the artist and his father – are alive. If one of the two subjects dies the age of the performer will change, increasing in the case that the younger person dies or decreasing in the case that the oldest person dies. Once both the subjects die the age of the performer will no longer change. As a consequence, only a person that at the time of the exhibition is of an age equal to the age difference between the two portrayed people, to whom the work is dedicated, can sit on the stool/sculpture.

In Arena's work, the portrait speaks of self but without any trace of narcissism, because 'in speaking of the self, it speaks of something else... the captious and reversible universe that is reality.' (Mario Fortunato, 2017)
The media of the portrait are a stool and a person who is related to Francesco and his father only by a number, his/her age - the expression of the time passing and the changes by this caused.

'Numbers that take on form. If one were to compress a large part of Francesco Arena's work into a simple, direct formula, this could certainly be it. From a linguistic point of view his work can be read as a development, a personal “derivation” of sculptural processes that arise from the geometric shapes of Minimal art and from the more archetypal ones of Arte Povera, from a thematic point of view his pieces are often the translation of formulae and numbers linked to those facts or histories from which they originate.' (Vincenzo de Bellis, 2016)

For the exhibition Arena created two further stools/sculptures from the same series, which will be available on commission, and four geometric sculptures in white bronze as well. Comprised of various fragments of strings and ropes all of which collected from acquaintances and friends, the four sculptures connect collective and artist’s history. They also link the exhibition with Autumn Lines, his first solo show at the gallery in 2016. Here the use of a 2,100 metre long ribbon, made by tying together thousands of fragments of ropes, shoelaces, electrical cables, corresponded to the length of the metal fences and barbed wire raised between Slovenia and Croatia on the 11th of November 2015; the first day Europe started raising barriers and closed its borders to the flow of migrants. 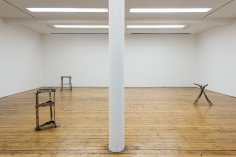 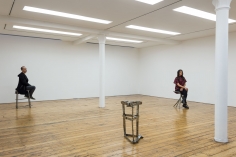 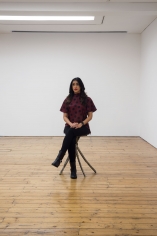 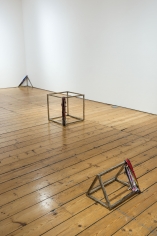 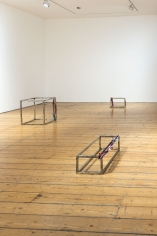 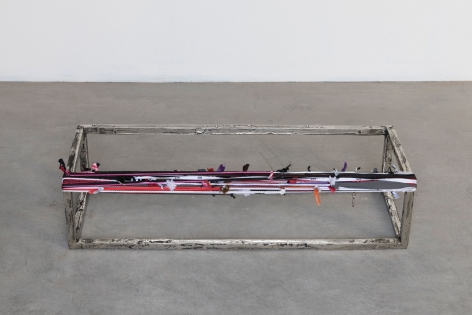 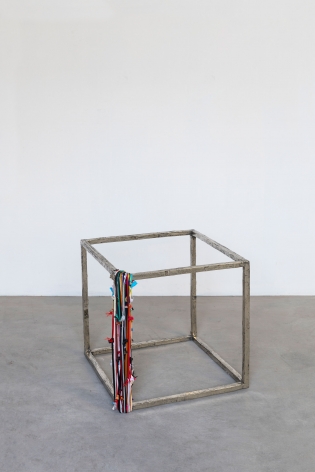 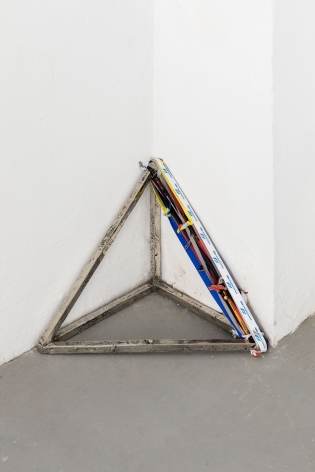 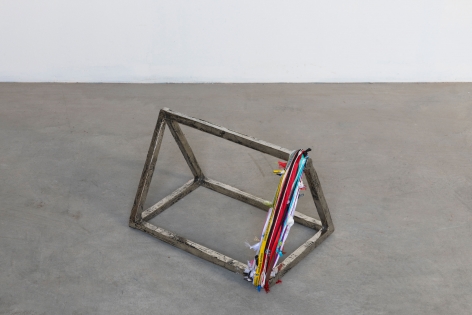 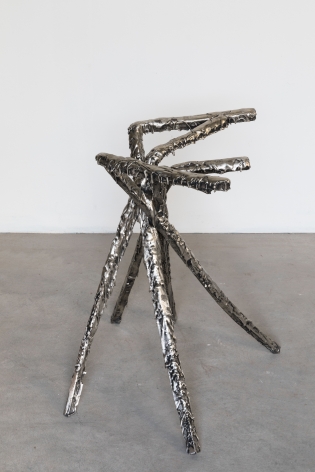 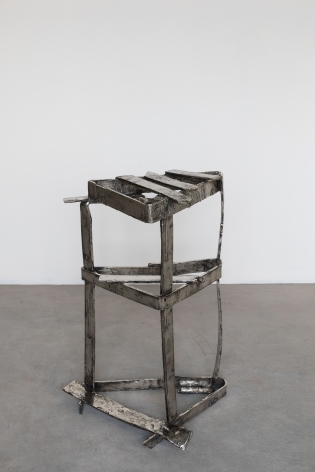 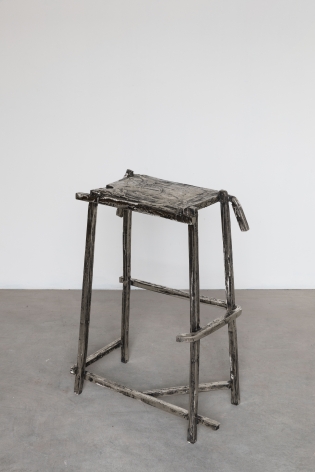 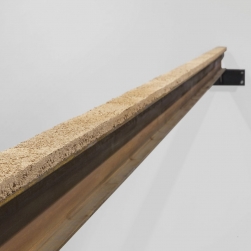